A third rail heating system is essential to keep a third rail free of ice and snow for uninterrupted service of a 3rd rail traction power rail vehicle.

The wattage of this type of heater does not need to be as large as a switch point heater because the shoes will brush off loose ice/snow. The ice/snow is loosened by a lower wattage thus allowing the shoe to brush off the ice/snow by forming a thin film of water just above the rail. Typically the entire 3rd rail needs to be heated to keep the rail clear. 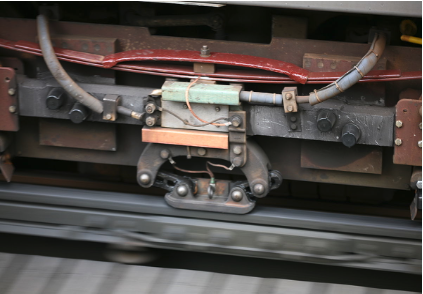